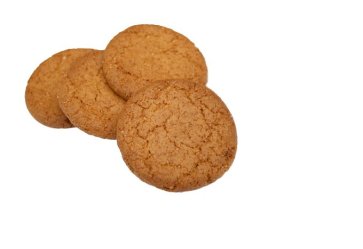 I am not really in a very good mood. There it is out there. And yes it is partly cycle related.

And it is also partly because Middlest got hit in the face by a hockey stick and has lips the size of some celebrity who has had bad plastic surgery.

And partly because Youngest brought home English comprehension homework with questions based around the most appallingly boring text about the plight of pedestrians written circa 1970. Such gems as ‘The title of this text is a rhetorical question- what does this mean?’ To which I wanted to reply ‘A rhetorical question is something I wished this question had been so I would not have had to answer it and have had to try explaining  the concept of a rhetorical question to my 9 year old who really just wants to be in the garden playing football…’.

And then I fancied a bourbon with my cuppa as a kind of reward for not throwing the English comprehension out of the window. (‘The text says that pedestrian crossings are often in the wrong place suggest where they should actually be sited.’ Answer ‘Pedestrian crossings should be sited where people want to cross the road.’ Surely.) And I discovered that some bastards have eaten them all. Well to be strictly correct they are not bastards my husband and I being boringly conventional. But my kids have eaten them all.

I scoured the house for a suitable alternative. All the birthday wine gums are gone. Even the black ones. We ate the one last remaining meringue out of a packet of meringues (use by date Sept 2016) I found mouldering at the back of the tomato ketchup, onion and Christmas pudding cupboard with tinned pears and natural yogurt for dessert between four of us. There is no cooking chocolate. And even I refuse to eat jam straight from the jar with a spoon.

So I was left with a ginger nut. Now I quite like a ginger nut as part of a selection of biscuits. So for instance I will have a bourbon and a ginger nut. Or a custard cream and a ginger nut. But never a ginger nut alone. And I lamented my reasoning when I purchased the ginger nuts. I was trying to be ‘good’ and reduce my sugar intake. So for purely health reasons I decided to buy plain ginger nuts rather than my usual dark chocolate coated real ginger chunk versions. Damn.

And for this I blame another ginger nut namely Chris Evans.

I like Radio Two. For those overseas this is a national radio station here in the U.K. It is a bit of an institution. To explain Radio 2 is the place to go when the noise and inanity of Radio 1 no longer suits you but you are not clinically dead enough to listen to Radio 4 which has no music and as far as I can tell is wall to wall worthy news discussion shows, intellectual magazine shows and soap operas about farmers.

The breakfast show is hosted by one Chris Evans, once a wide boy, a self-made man and maverick turned mostly normal married man with kids, albeit a screamingly rich one. He is still quirky and I like his show, generally. In fact during January I enjoyed listening to him try to stay ‘dry’.

But now it is February and he and seemingly all his fellow team members, have decided to go ‘refined sugar free’. Every time I tune in he seems to be waxing lyrical about the joys of soups and avocados and telling us all how marvellous he feels. Today he was joined by Dr Mosley a TV doctor who has done such things in the name of ‘dietary science’ (i.e. money and fame) as eating only take away food for several months to see what it did to his body. It made him ill. Oddly. The good Dr (who surprisingly has a cook book out called something like the eight week sugar free diet) was taking questions from callers. Such questions as ‘Can I eat cheese as the packet says it has 1% sugar?’. Oh my actual god. Are people really that dense?

The good Dr explained how much cheese you would have to eat to consume the same amount of sugar as contained in a bowl of sugary cereal. Obviously it was a lot of cheese. And whilst I might be tempted in my current state of ‘mild’ irritation to attempt to eat that much cheese even I might struggle.

Someone else wanted to know if eating salad was ok as she had heard that even an undressed green salad contained sugar. It was such a stupid question the good doctor dodged it and explained he had several recipes for sugar free salad dressing in his book. Chris interjected that he had made his own humous yesterday which was a first for him having only ever made pesto before, the Doctor counter-interjected that he had made something for the first time yesterday that I had never heard of before but presumably involved a blender and some sort of pulse and his wife washing up every implement in the kitchen. His wife is apparently ‘thrilled’ that he is taking part in this exercise and cooking. Really? I bet actually she sobs into her washing up bowl secretly stuffing her face with Milk Tray whilst trying to ignore her sanctimonious, evangelical spouse. By this point I personally would have screamed obscenities at the radio but I had small people in the car.

Finally a runner wanted to know what he could substitute his energy gels for during his marathon training. Again err… To be fair the good Dr did say that a bit of energy gel was ok for anyone running over 10k as sugar is needed in some situations. But then he did go onto mention bananas and dried mangos. Those really portable fruits which I am a sure every marathon runner would be able to carry round the 26 mile ish course with ease. Not.

Then there was some spurious gumph about sugar feeding bad microbes and it is the bad microbes slowly being starved to death and shouting out in their death throws for sugar, sugar, sugar that causes the sugar slump when you try to give up. Sigh. I am not a biologist. I hate biology. So maybe that’s true. Sounds like utter crap to me.

I am of the ‘a little bit of what you fancy does you good’ school of thought. So a couple of biscuits. A bag of crisps. Broccoli if that floats your boat. I don’t do well if stuff is banned.

Suffice to say I am finding all the holier than thou sugar freeness a little tedious. So much so I am listening to Def Leppard instead.

And tomorrow I am going to the biscuit aisle and stocking up on proper snacks. I need them (bad bacteria or no) after answering Question 14 ‘Did you find this text persuasive and if so why?’ without getting Youngest to write ‘No I did not find this text persuasive as it is badly written, boring twaddle about the plight of pedestrians and you made me answer 14 inane questions about it and any possible power it may once have had to persuade me has been forever crushed during this tedious mind numbing process!’…

One thought on “Ginger Nut”