If the suit fits… 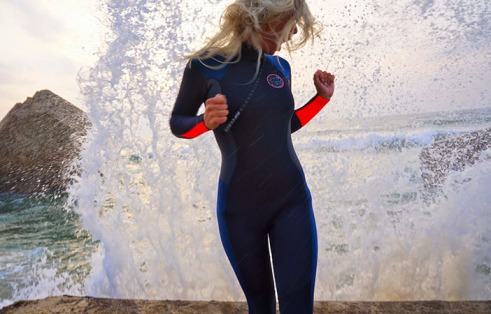 So today I decided to clean the family room. Nothing unusual in that you may be thinking. Well you would be slightly wrong on that front. For I am a bit of a slob and I hadn’t given the room a proper ‘doing’ for…some… time. I had pushed a vac around a bit and plumped the odd cushion but that really wasn’t hacking it anymore.

I knew this because Middlest’s 12th birthday cards were still adorning the hearth. I won’t admit to his birth date, not because I am worried about revealing his identity, but because then you will realise quite how much of a slob I really am. But suffice to say his birth month is not October or, dare I even say it, September.

Yes the room was in need of a major overhaul.

I like to think I leave rooms for this long because of the level of satisfaction I gain from moving large amounts of dust. But, no, really I am just a slob. Husband had also been making rumblings about the level of dust. In fact when the Sky Q box recently decided to have a minor melt down he commented that ‘there is quite a lot of dust on it’ as if that could be a possible cause… That made me wait another week before tackling the job. And swear.

And here is why.

We got back off our main fortnight’s holiday in early August (Middlest had not turned 12 at this point) and so my husband decided to start planning next year’s holiday. This is a bit of a ‘thing’ for him. I try to be all understanding about his need to have his next summer holiday booked at least 12 months in advance but really I just find it ‘mildly’ irritating to be bombarded with questions and e mails with links to possible destinations when my bikini is still drying on the washing line.

To some extent he is right because we do need to book early as we are (whispers) a family of 5. As anyone who is in a family of 5 will know this is a ‘bad thing’ holiday wise. The accommodation required to house families of 5s is often very expensive and very scarce and books up very quickly.

Still I like to get Christmas out of the way first.

Anyway this year’s process of holiday booking saw him downsize our choice from a 12 day safari to Botswana via 16 days touring the west coast of the US to finally a fortnight in a 4 bed cottage on the beach in Polzeath, Cornwall, England.

I won’t bore you with this process, it was bad enough being part of it as an ultimate beneficiary, but suffice to say we are all more than slightly relieved to be looking forward to spending 2 weeks literally on the beach, returning to our cottage of an evening to eat take away fish and chips and to partake of the good WiFi and a PS4. Instead of ‘basic’ camping in the bush or driving for 9 hours a day down Route whatever. Well the kids and I are anyway.

Not to become downhearted by this downscaling of his holidaying dreams husband has instead gleefully embraced the role of kitting us all out for this adventure. We love to body board and knowing what Cornwall may be like in August we had decided to spend some of the not inconsiderable savings we had made on the actual holiday on better equipment. I saw this as a longer term project.

And so it was that a while ago (!) I took delivery of a new full length wet suit which my husband had lovingly chosen for me completely autonomously. A full 10 months ahead of our sojourn. It is apparently a good time to buy wetsuits as the summer season is coming to a close. Obviously. It is lucky I am not one for fashion or brand new ranges as I am going to be a whole year out of date next summer proudly sporting my brand new not new wetsuit. In some ways his faith in my ability to stay around my current weight and body shape is flattering. In others… Luckily he hadn’t been stupid enough to buy the kids any new wet suits. Which is a good job as by next August it is possible Eldest will have hit 7 foot tall.

He casually threw the wet suit on the Poang and suggested I try it on. My heart sank. I ignored that wet suit for… some… time. Today, however, I could ignore it no longer. It was time to try it on.

We have all watched surfer movies. Blonde, tousle haired youths strolling around with their wet suits around their waists. Shrugging their arms into sleeves and reaching gracefully behind themselves to pull effortlessly at the back zipper before elegantly diving into the waves.

That isn’t me. In any way. In fact I try to avoid donning a wet suit in public. It often involves a lot of very unflattering wriggling and grunting. For I am the shape of a lady. I have a waist and hips and such like. Wet suits usually fit me fine once I have wrestled the small amount of waist material over my arse. But not until that point.

I am also unable to reach around to my back and pull up my zipper. I lack the shoulder mobility. Usually I have to sort of flick the long zipper tail over my head and tug it up whilst bent double. Again not a flattering look.

Clearly having taken this issue on board wet suit manufacturers are trying something new and my husband had already explained that this new wetsuit did up at the front in a quite complicated neck arrangement. He had taken ‘a while’ to work out how to get in his suit. I have worn bodies. I thought I could manage.

Things seemed to be going quite well (aside from the usual arse through small waist wriggling) until I got to my second arm. I had climbed into the suit through part if the neck. The neck line appeared to have several parts. I thrust my arm into a sleeve and it went precisely 2 inches before coming to a grinding halt.  I had my left arm half in the suit but couldn’t pull it up over my left shoulder until my right arm was in which meant the use of my left arm was severely compromised. I thrust several times and got no where.

I took out my left arm and tried inserting my right arm first and this worked once I realised that I was going down the wrong ‘side’ of the sleeve. After that I grunted and wriggled some more and got my left arm back in and the suit up to shoulder level. Then I realised the other half of the neck zip fastener was behind my head. I had to put my head back through the very small neck opening. Whilst not grazing my nose on the zip in a very unflattering way.

Once I had achieved this I got that satisfying ‘pop’ feeling as all my body parts found themselves in the correct area of the suit. Well all my parts except my knees which never seem to find themselves behind the reinforced knee area because I have short dumpy legs. Never mind I could live with that.

I squeaked upstairs to have a look in the mirror and decided it would ‘do’- the colour way being sufficiently garish to mask a multitude of sins and bugles.

By this point I was getting a tad hot. Which boded well for my future sojourns in the Atlantic.

And then it hit me. I had to get out.

To my knowledge I have never got out of a wet suit unaided.

The problem with the reverse procedure is invariably arms and shoulders. I reasoned with myself that without the added factor of sticky sea water I would be able to take off the wet suit.

I managed to man handle that neck bit back over my head again without major lacerations.

Then I tried to get my arms out. They were totally stuck. By this point the exertions of trying to remove myself from the wet suit had caused me to break out in an unattractive sweat which wasn’t really helping. I was now seriously hot. And remembering the claustrophobia such garments induce in me.

Ten minutes passed and I had made no real head way.

I was starting to panic. I had visions of having to do the school run in my wet suit.

My mind was in overdrive deciding which friend I could call upon to extricate me from the neoprene hell I found myself in. My best bet was a friend in the next village who doesn’t drive. She would have found it hysterically funny but would have helped. The thought of getting in the car and driving over there, though, was not appealing. I started hyperventilating.

I decided to take five, calm down, and try again.

Thankfully it worked and I managed to get one arm out of the sleeve and the suit below that shoulder. With some more deep breathing the second shoulder was out. After that it was just a case of peeling it down inside out. It sounds a bit like childbirth. The relief at the end was similar.

Anyway the suit ‘fits’. I shall not be putting it on again until August.

No buns for me.

**That is not me in my wet suit up there…

One thought on “If the suit fits…”