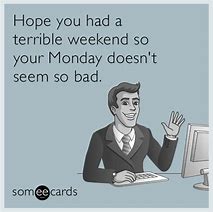 Bad news always comes in threes. Doesn’t it? Or maybe bad news is like buses…nothing at all and then loads all at once…

It was hubby’s birthday on Wednesday. He had to work. I had a Governor’s meeting in the evening. We were going to pass like ships in the night. We decided to postpone his birthday until Saturday.

I decided to book us into a nice steak restaurant. On our own. This hasn’t happened since, well probably 2010. It was due. Youngest agreed that she felt comfortable being left for the evening with Eldest and Middlest. Result! No babysitter required.

I booked the restaurant and got the last table at a slightly earlier time than I had wanted but still beggars can’t be choosers.

My mum came round on Thursday. I had to pop to town for something. She wanted to look for summer weight trousers. We had one of those shopping expeditions when all the planets align and everything you try on fits and is in your size and colour. We spent a fortune. I replaced the 4 pairs of shoes (probably c 2004) which broke last summer. And got some new tops. And some new swimsuits. And some new sports bras. And hoped I didn’t look like mutton dressed as lamb in any of them. My mum said otherwise. But then she would. She’s my mum…

I decided to wear one of said tops and a new pair of rather gorgeous nude heels to our night out. Well it was his birthday.

Of course it was raining cats and dogs and so the overall look was going to be slightly ruined by the waterproof coat. But never mind.

Just as we were about to leave I noticed a damp patch on the landing floor. Weird I thought. I went to investigate only to be dripped on through the light fitting.

Up to the loft I went in my new top, my rather gorgeous nude heels and a head torch to discover that yes, indeed, my roof was leaking. Copiously.

Suddenly leaving the kids alone for the first time for an evening didn’t seem so appealing with the possibility of ceiling collapse or indeed a fused house. Still hubby wedged a washing up bowl, to my mind rather precariously, amongst the insulation and we set out.

We had a lovely meal. It stopped raining. The meal was unfortunately taken up in part by a contratend on the best way to deal with the leaking roof. I was hoping it was a blocked valley gutter easily solved by our lovely gutter men. Husband thought the whole roof was likely to need replacing. Glass half full versus glass half empty. Either way it was added to my to do list. But hey that was Monday’s job. There were virgin mojitos to drink and crème brulees to eat.

We got home and all ceilings, electricity and children were intact. We decided to deal with the washing up bowl in the morning and let sleeping dogs lie.

In the morning I headed up to the loft again, this time more appropriately dressed, to retrieve the partially upturned washing up bowl. Some water had indeed been collected. Quite a lot actually. Maybe I had been barking up the wrong tree and the gutter wasn’t to blame after all.

Whilst I was abluting I heard mention of ‘cakes’ and ‘House decorating competition’. Some time ago the boys had mentioned to me that they had put their names down at school for the House Cake Decorating Competition. Seriously who dreams up this shit. I had decided to cross that particular bridge when I got to it.

Apparently they had also agreed to make the cakes to be decorated. News to me. I had certainly arrived at the bridge, and it needed to be crossed.

Do not worry we will make them, they trilled. With what, I retorted. So we had to add ‘going to Sainsburys’ to the list of unappealing jobs to be done today which included revision, getting Middlest’s glasses straightened, trying on clothes and ensuring Middlest had the kit required for his imminent school outwards bounds trip, grass cutting and weeding .

Eldest then got a call from his mate and disappeared out calling back as he slammed the door that he would be home by 5.30… not sure when you will get that cake made then son.

The rest of us went to town for lunch and to go, yet again, to the opticians. I have been there so often lately I feel they should name a chair in the waiting room after me.

Wanting to kill several birds with one stone and with Middlest’s glasses duly straightened we nipped to Go Outdoors to replace some outward bounds type kit that sprouting Middlest had outgrown. During the trying on process he accidentally bashed me in the face bending my glasses… another trip to that optician’s loomed. But not today. Please not today.

Best foot forwards to Sainsburys to buy cake ingredients… just as we were about to enter the shop I noticed 7 missed calls from my husband who left town after lunch to drop Youngest at a play date and start the jobs which involved the garden.

Seven missed calls seemed quite high on the ‘urgency’ scale so I bit the bullet and called back.

Eldest had had his bike nicked from outside the cinema in town. He had locked it up along with his mate’s bike to a bike rack but some toe rags had come along with bolt cutters and half inched them. Leaving the boys stranded in town. They then spent an age talking to staff at various premises (who told them there had been 3 other bike thefts that week…might have been nice to put a sign up to that effect maybe?) and calling 999 and leaving messages for the closed Management Suite who deal with the CCTV.

Strictly speaking it is husband’s bike. Eldest out grew his bike about a year ago and it has now been passed down to Middlest. He hasn’t got a new one as he is sitting on the fence about what brand, type, colour of bike he would like next.

So now as a family we are down 2 bikes. Plus we had dealing with the police and insurance company to add to that unappealing list.

Eldest’s mate’s dad had brought them home and Eldest was prevailed upon to mow the lawn. He then got the starter pull cord tangled in the blades. His happened when Middlest and I were in the middle of baking the first cake of three. To be honest it felt like the last straw.

I didn’t really need to deal with petrol and mangled lawn mower starter cords at just that moment. Not really. Once I had the cord unwound from the mower blades the mower thankfully started again although the smell of burning oil was quite unappealing as it wafted in through the open kitchen door. Luckily I don’t need to eat that cake.

Anyway to cut a long story short it is now 8pm.

We have a crime number which we obtained after Eldest gave his account of the situation to the police who rang back whilst we were eating our roast dinner which I certainly wouldn’t have planned to make had I known about the cake baking fest.

I called the insurance company whose out of hours operatives took some details and promised me they would call back tomorrow. I’ll believe it when I see it.

The last cake is nearly cooked. The other 2 were too small for Middlest to pipe soldiers around the edge of (your guess is as good as mine) so this one is a monster and taking an age to bake.

I don’t even know where to start with the roof. I tried to have a look to see if I could see a loose tile by bouncing on the trampoline but had to stop pretty sharpish for reasons best left unsaid.

I’ll be back to the opticians at some point. Like a bad penny.

Serves me right for buying nude heels. Who was I kidding?