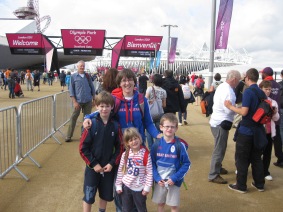 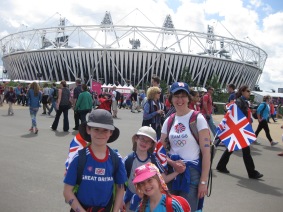 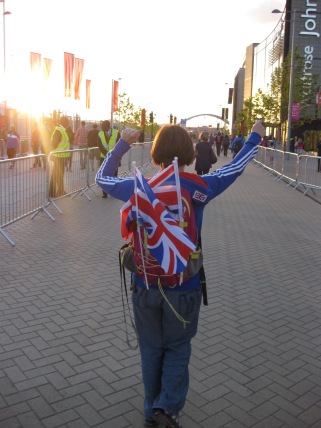 I honestly do not know what I am going to do with myself tonight. My husband and I have spent the last five or so evenings glued to our television set. Watching people hurtle around the track at the velodrome in Rio.

It is totally addictive viewing. A series of incredibly complicated race formats which all seem to have numerous heats and finals and incomprehensible rules.

Hugely fit men and women bursting their lungs cycling space age looking bikes that seem to defy gravity. Commentators talking about the power they generate as if they are each an electricity sub station rather than human beings.

Last evening I watched an 100 lap race where every 10th lap provided a sprint for points and more were available for lapping  the field.  Tactical doesn’t really cover it. And this was the last event of 6 in a kind of ‘hexathlon’ for cyclists. The Omnium. Our girl won gold. For the second time this week. Her and her fiance have 10 gold medals between them from various Olympic games. Wow.

The whole thing amazes me as does our team’s ability. Team GB are kings and queens of the track.  All ten members of this group of super humans has won a medal in Rio. 12 in all, 5 gold. It is truly mind blowing.

After the vastly enjoyable experience of living through a home games 4 years ago I didn’t think Rio would come close. We were lucky enough to get tickets in London. The event we watched, the 3m spring board women’s qualifying round, was almost incidental. The real thrill was just being at the Olympic Park.

The place was beautiful. Architecturally stunning stadia set off with amazing landscaping and planting.  Plenty of stuff for the kids to have a go at. Great shopping (gold Wenlocks all round for us). Wonderfully polite and enthusiastic volunteers. Mounted police allowing photos. Easy and efficient transport, the Javelin train was a highlight. Flags. Patriotism. And an atmosphere that I am unlikely to experience again in my lifetime.

We had the good fortune to be there on Super Saturday. We watched numerous gold medals being won, upon the water and on the track, on the giant screens set up in the park. We sang the national anthem repeatedly with thousands of others. The whole experience was deeply moving and awe inspiring.

We had to leave eventually. The kids were quite little (8, 6 and 5) and they wilted as adrenaline drained. It had started to go dark. We heard about Mo Farah’s 10k Gold on the train home.Everyone was sharing their stories of the proceedings, caught up in the atmosphere.

It remains one of the best days of my life. All the doubters and nay sayers were proved wrong. The Games and our team were a stupendous success.My children still talk about this once in a lifetime experience which we were so fortunate to be able to be a part of.

So Rio had a lot to live up to. I wasn’t expecting to be as bothered. We were away when it started but kept up to date with it on Portuguese TV and on the Internet.  We didn’t miss diving golds or gymnastic bronzes. Since we got back we have been glued to the screen as, yet again, GB athletes break records. And amaze.

We have been roaring at gymnasts, holding our breath during dives, watching spellbound as trampolinists flip and twist, trying to comprehend the fitness or rowers, gawping open mouthed at runners, jumpers, sailors, canoists, shooters, golfers and tennis and rugby players

In a world starved of good news it seems a welcome distraction. And these people are such fantastic role models for my children. Universally humble. Often shocked at their own success but proving that it is hours and hours of hard graft that produce results.

Some may argue that it is a waste of money, both state and charity funds, when the world is going to hell in a hand cart. But I disagree. These people deserve our support to put Britain back on the map of Olympic sport which frankly we have been absent from for far too long.

After London we jokingly said we should try to go over to Rio in person, so caught up were we in Olympic fever. We were only half joking.

Instead, after watching and loving it on TV, we already have vague plans to try to go to Tokyo in four years. The GB sporting steam roller shows no signs of slowing down and it would be great to be a part of that again. If we can pull it off I will pack a lot of Union Jacks.