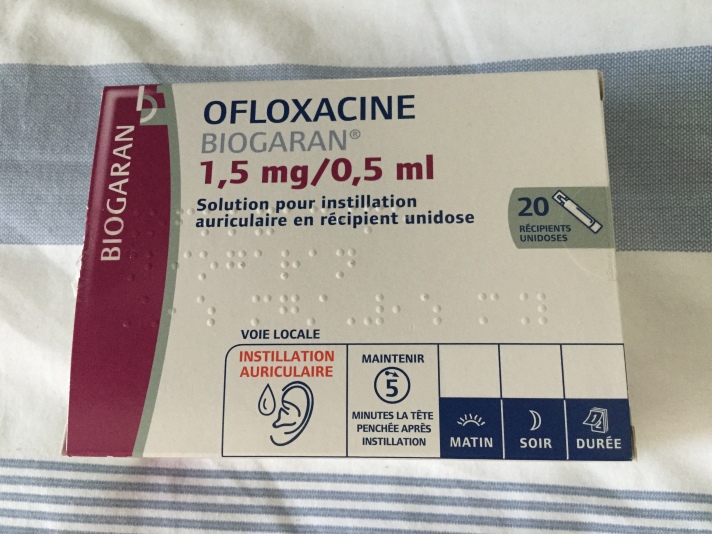 So here we are in sunny France. Day 6 of our 2 week sojourn to the Vendee on the Atlantic coast.

It’s actually Day 7 but I refuse to count Day 1 as it consisted of getting up unfeasibly early and driving for hours and hours before having to speak broken French in tabacs and supermarkets, cook pasta, unpack and try not to shout at the kids before falling into bed in an exhausted heap… “let’s make the journey part of the holiday” some smuck said. No let’s forget it ever happened and enter complete denial until Day 15 when we do it all in reverse with nothing to look forward to except those 4 bananas I am certain I left in the fruit bowl….

Day 6/7 then. So far days 1-5 have involved us in unbridled fun. Body boarding, swimming, jacuzzi-ing (even a word?), sandcastle building, reading, sleeping and yesterday a day at a water park sliding and getting an adrenaline fix.

Time today, therefore, for something different. It began at 12.30am this morning when Middlest stumbled into our bedroom complaining of ear ache.

Middlest really did stumble too. The shutters here, which resemble shop shutters but are automatic, let in very little light so it is pitch black in the night. This sees me regularly waking up in what I consider to be the middle of the night but is actually 9am. This was especially confusing during Days 1 to 3 when I could not work out how to alter the time on my Fitbit and so had to manually add on the hour myself. Which my brain seemed incapable of doing in the middle of the night/ 8am/ 9am.

I groaned, I like to think inwardly but it was probably outwardly too, and stumbled into the other bedroom (husband and I currently occupy 2 as the one we started sleeping in at the end of that exhausting Day 1 had a bed so hard my left arm went numb so we turned Middlest out of his twin to share with Youngest so we could sleep with full feeling in all our limbs. This sees our clothes, toiletries and the medicines in one room and us in another) to retrieve the analgesics. I bunged him an ibuprofen and went back to sleep and dreamt of doctors and giant ears.

And thus Day 6 has been spent dealing with the french medical system.

Middlest and Youngest have ear ache form. They first got raging ear ache in Portugal during our 2016 summer holiday. Please read Why are there No Aspirin in the Jungle for that particular tale.

They then both got it again on 2 holidays to the Canaries.

With our own private pool here we hoped we might evade the dreaded ear infections but, no, either the pool contains remnants of previous occupants or it was yesterday’s water park that was the culprit….

We spoke to our rep who suggested a pharmacy. So off I drove to the nearest town having readied my script which consisted off: I am English. I speak a little French. My son has ear ache. Is there something you can suggest?

Day 6, it transpires, is market day. The place was rammed. I drove futilely round 2 car parks, pulled the wrong way up a one way street, reversed quickly before anyone caught on and finally parked up at the supermarket.

We made the pharmacy. The assistant understood my french. Unfortunately I did not understand hers. I caught the word doctor and interior and ear and guessed she was saying I needed a doctor.

Back home we drove. Husband called the rep back. She found a doctors open to people without appointments in the same town we had just left open for just another 30 minutes. Back we raced this time with husband to drop us off seeing as time was limited. The surgery was rammed. There was no receptionist, which was in part a relief. No need to speak broken French to someone who may or may not have been from the same mold as British doctors’ receptionists. I will say no more.

People disappeared into the 2 doctors’ rooms and never came out. This was slightly disturbing. Anyway our turn came. I gave the same speech. The doctor asked me something in French. I looked blank. She asked it again in quite good English. I gave the answer: “His name is Middlest”. About this point I decided, not for the first time, that I really need to learn how to listen to French. I can read and speak it to a useful level when holiday but I am totally incapable of understanding it when spoken. Even something as simple as “What is his name”….

Anyway she got the details she needed. I managed to convey his penicillin allergy. We got a prescription. We paid the 30 euros (frankly that is cheap compared to Spain and Portugal) and left through a second door….ahh now we understood…

Back to the same pharmacy. The previous assistant smiled and said “Ah antibiotics”. The male assistant had less English. We managed with hand signals and my occasional French word of agreement and me deciding to just say ‘Oui’ and decipher the French instructions when we got home. He was concerned, I think, that he didn’t want me to think he was ripping me off as he had to sell me two packets of ear drops. Frankly I would have paid a lot more than the 10 euros to just get the whole sorry mess over with.

We drove home. Middlest had been feeling bad that he was ruining the holiday. So we span it as a worthwhile cultural experience.

No holiday would be complete without a trip to the doctors. This one has the added advantage of not even being worth a travel insurance claim. Less paperwork. Result.