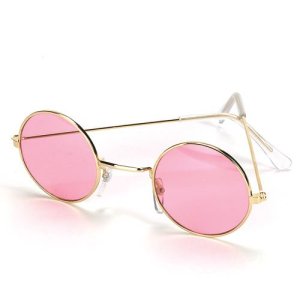 As you may be aware I am shortly moving house. As such time is precious. I find my muse slightly drying up. It’s hard to be profound (and even harder to be amusing) when one is being harried by a conveyancing solicitor. So I am going to cheat…a little… just to keep you supplied with material you understand…

Some nights when I have finally sat down, normally around 8.30pm but on too many evenings more like nine,  I look back on those early days of parenthood and wish I was back there.  A time when all my children were in bed by seven in the evening. When they ate anything I gave them, mainly because I was shovelling it in or popping them on a boob, when I didn’t have to get up early for school runs, help with algebra or explain the complexities of the reproductive system and that, yes, believe it or not, sex is fun.

On such occasions I am wearing my rose tinted spectacles. Everyone has a pair. Some have several. My mum cannot remember us ever stepping out of line or being cheeky or answering back the way mine do… quite a large pair there then…

I find I am helped to remove my specs if I refer back to a series of articles I wrote when I was that person, juggling three children under 4, my Chairmanship of the local NCT and my sanity.

One particular article does quite a good job of outlining for me what my daily life was actually like. My kids love hearing the stories enclosed within. They almost wet themselves laughing. I am sure they won’t mind sharing. So this goes out to you with their full backing and with apologies to my old NCT friends who have heard it all before.

Synchronised Vomiting and other Olympic Sports

I had a vague idea when pregnant for the first time that I may have to deal with an element of bodily fluids as a mother. I knew children were not usually potty trained before the age of two and so I had set myself up for a certain amount of yuckiness. Nothing, and I mean nothing, could have prepared me for what was in store.

It got slightly better over time. In fact in some cases it was humorous. I have always been a fan of NFP (nappy free play) for my non sitting babies. I find it especially amusing when one’s son(s) manage to wee in their own eyes and then have the audacity to look surprised.

NFP has spectacularly back fired (literally) on several occasions. Now I have three children they have invented a new game, synchronised pooing. When my youngest was about 6 weeks old she was enjoying NFP in the lounge- its relatively safe with girls they just end up lying in a puddle. Middlest (2) had a smelly nappy so I was changing him on the lounge carpet, just so I was with youngest  in case eldest (3) decided now was a good time to try picking her up. (Are you getting a feel for the logistics of three small children yet?). Eldest disappeared. I was mid way through changing middlest- that delicate stage when you have hold of both legs but the bottom area is not yet clean and there is a risk of carpet soiling (as youngest is on the plastic changing mat, lying in a puddle) when eldest pipes up ‘I’ve finished!’. This means he has done a number 2 on the toilet and needs me to wipe up. I only have so long in these situations before he gets off the loo and sits down somewhere unfortunate. It was at this moment that youngest decided to projectile poo (for non parents amongst you, you have no idea) hitting the sofa in an attractive yellow arc. It was also around this time that I began silently weeping.

Synchronised pooing is bad. But the relay can be an even longer haul. My kids could enter the Olympics in both. You know how it is- you have to be at the doctors/ dentists/ hairdressers (I wish) in half an hour. Eldest just needs to go to the loo first. You wipe up, 20 minutes left (he’s a boy they start early needing at least 10 minutes per dump). Then as you put shoes on middlest a nasty whiff emanates from the nappy area. Whilst changing him the youngest gets ‘that look’ that babies get- it’s one of intense concentration. You are left so late it’s not worth bothering.

I don’t want you to think that we only deal with poo in this house. Oh no, vomit features heavily too. Middlest is particularly prone. I have now decided that it is no good just shoving soiled sheets and duvet covers in the wash- it just spreads the part digested carrot around. I find it difficult to rinse off bed sheets in the sink without flooding the kitchen so I have devised my own method. It involves a dessert spoon, a bowl and a lot of scraping. It’s icky but effective. I can now do it in my sleep at three in the morning.

Then what does one do when you are ill yourself? How old is old enough to hold your mother’s hair back whilst she vomits into the toilet? And that reminds me of my worst hour, body fluid wise.

I had been feeling ill all day. It was bath time and hubby was late. I had two kids to get to bed. Baby middlest was in the bath reclining on his bath support, eldest was running around nappy-less. I went to retrieve him and discovered that he had pooed on the landing floor, stood in it and trodden it all over the upstairs carpets, every one. In an increased state of nausea I plopped him in the bath with his younger brother and went to retrieve the carpet stain chemical spray, two bottles of which are permanently in a locked cupboard downstairs. (If there are any Social Workers reading I, of course, never, at any point, left two infants unattended in the bath). After I had managed to get into the child locked cupboard I came back upstairs to hear eldest crying hysterically. Now middlest had pooed- in the bath. Eldest had taken exception to it floating around his legs- fair do’s. They had to wait; I needed to vomit into the toilet. We all ended up in tears- but I was the only one an hour later on my hands and knees with a J cloth scrubbing at excrement.

So there you have it. Rose tinted specs firmly removed, safely placed in their case and locked in the drawer….for now….