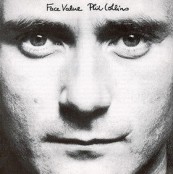 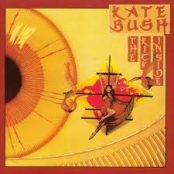 Recently I made a discovery.

I am becoming increasingly tired of Steve Wright in the afternoon. His radio show does not appear to have evolved much. I used to listen to him on Radio One as a teenager and the format on Radio Two isn’t much altered. Only he is now over 50. And I am over 40. And it no longer works. To my mind.

In desperation I searched in the glove box of my car. I was in that hour and a half of school pick ups and needed music.

Under the CDs of party songs for kids, nursery rhyme compilations and audio books (Dahl and Walliams mainly) I found a dusty CD. It was called Music of the Millennium. I sincerely hoped it meant the last Millennium…

I didn’t remember purchasing it. I didn’t recall putting it in the glove compartment. So I stuck it on ‘shuffle’ and gave it a go. Anything was better than more ‘factoids’.

And I am glad I did. In the manner of all good mix tapes it took a  meandering stroll through my musical history. As the first instantly recognisable strains of my favourite band of all time came over the speakers I knew I was in for a sing along nostalgia fest.  Bohemian Rhapsody. So many memories of drunken renditions. In mate’s lounges tanked up on McEwans Export, at work’s Christmas parties, at Karaoke and other places too numerous to mention. Not my favourite Queen track (which would be too hard to pick- it depends on my mood although Seaside Rendevous always makes me smile and These Are the Days of our Lives always makes me cry…). But certainly the most iconic.

Next up another favourite. One of my ‘go to’ artists. Probably because my dad liked him and had Goodbye Yellow Brick Road on double LP. In that time when LPs were works of art. Again not the track from Elton I would have picked (which would probably have been Roy Rogers- the most melancholy song in the known universe) – Candle in the Wind- ruined for me forever by its overly sentimental remaking on the death of Princess Diana. But still in its original form a classic.

Into the Eighties next. Every Breath You Take…A love song to end all love songs. Perfectly capturing the intensity and overwhelming’ness’ of my first love affairs. The claustrophobia of early teenage romances. The jealousies. The uncertainties. The insecurities.

In a weird ‘shuffle’ moment we went winging back to the 70s and my childhood. Stayin’ Alive. The furore of Grease and Saturday Night Fever when I was around eight. If you hadn’t seen Grease at the cinema 13 or 14 times you weren’t up to much in my school playground. To be honest most of it went over my head. I didn’t see Saturday Night Fever until a few years later. I didn’t really enjoy it. Except for the music. Perfect disco tracks. Still floor fillers today.

Next on, two tracks for which I often risked battery wear down using the rewind button on my Walkman. That personal cassette player was my most prized possession. I never went anywhere without it. I spent a great deal of my 4th, 5th and 6th form years walking. Between my house and boy friend’s. To school. To clubs. I was always listening. To something. Risking being run over.

Purple Rain and In the Air Tonight. Both favourites. For me accurately capturing the raw emotion I was feeling after the break up of my parents’ marriage.

Prince  (or whatever he is now known as) has always been a secret favourite. Purple Rain – messy, shouty, complete with guitar feedback- I love it. And actually this probably is my Prince song of choice.

I can clearly remember the first time I heard the Phil Collin’s track. Sitting in my ex boyfriend’s lounge one Christmas. He must have been given the album as a gift. It sounded as desolate as I was feeling. Those incredible drums startling me half way through.

The only thing missing from this compilation to totally capture that time in my life is Bruce Springsteen- specifically I’m on Fire- ‘It’s like some one took a knife, baby, edgy and dull and cut a six inch valley through the middle of my soul’- it seems almost sacrilege to me that Bruce does not even appear on the list…

And others followed as I drove and then sat in my car…Bon Jovi, university head banging, Blondie, watching Top of the Pops with my brother, U2, sixth form, George Michael, all grown up from his Wham days making beautiful music… and on.

Just as I was about to leave the car to trudge up the hill to collect the off spring a final track started up. Wuthering Heights. Ah my, now that was an anthem of some of my friends and me. Mostly sung by and in a lake. Weird. Odd. Like us. I didn’t really want to get out of the car. I played it later to the kids. They agreed. Weird.

The compilation also contains tracks that are not really up my alley. A lot of 60s. A lot of 90s. I suppose they had to. It being songs from the last Millennium. And so like all compilations there are bits I love and bits I find a bit meh and bits that get me reaching for the Skip button. Now such a thing exists. I could have done with that on my Walkman when playing Now That Is What I Call Music 4.

But in a kind of unique moment in time, just on that random Tuesday afternoon, in the banality of the hours between 3 and 4.30pm, my car CD player’s shuffle function decided to take me on a walk down memory lane.