The cost of everything, the value of nothing 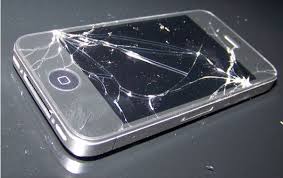 So Eldest. We gave him a phone when he started Senior school in September. It was an old handset of husband’s with a SIM only, well SIM.

Almost as soon as he had it and the novelty had worn off he was on the internet researching better models.

And then regaling me ad infinitum about the advantages of the Samsung Edge or the I phone 6S. Or some other such technical wizardy. In which I had no interest. And no intention of indulging him.

The deal had always been that he would keep the old hand set (which actually is an I phone 4 and so not too shabby, certainly better than my entry level Samsung touch phone) until at least Year 9. When apparently phones become so important it is impossible to live without the latest model. Well certainly not at Eldest’s school. Where ‘everyone else’ has a better phone than him.

Ah school. The one-up-manship. The ‘my phone is better than yours’ ship. Every time Eldest whinged about his phone’s short comings I was transported back to my own Year 8. And red shoe gate.

I suppose I should explain. I always wore ‘sensible’ shoes to school. Anyone born in the seventies and growing up in the eighties will know that this meant black lace up Clark’s shoes. In a time when Clark’s shoes were not fashionable. In any sense.

I was teased mercilessly about my sensible shoes. Others persuaded their parents to buy them court shoes. Slips ons with bows and tassels. It was the eighties after all.

I finally got my mum to buy me some of these beauties. To wear outside school. They were bright red slip ons. With bows. And they were shiny. Finally I was going to be accepted by the teenage girl elite. Of course they were not regulation black and so I had to sneak them into school in my back pack without my mother seeing. And change into them in the loo. I should also probably point out at this juncture that our school uniform was maroon. And the shoes were crimson. One does not have to be a fashionista to work out that that combo was not all I thought it was.

Suffice to say I got more ribbing wearing the red shoes than the sensible black lace ups. In fact I wanted to click my heels and forever disappear to Kansas. I never wore them again.

So there you have it. I have no interest in keeping my children up with the latest trends in order for them to ‘fit in’. It didn’t work for me.

And then of course Middlest is hard on Eldest’s heels. He was recently accepted into the same Senior school and is, of course, expecting a phone. To be able to function.

So actually it is not just that I didn’t want to get him a better phone so he could fit in. It is also that I didn’t need to. Nor could justify the cost.

And then a series of ‘incidents’ occurred. Eldest swears all accidental. Which may be true. At least consciously.

He first disabled the phone by changing the PIN on the lock screen and then forgetting it. And inputting it wrongly so many times the phone disabled. Well suffice to say about four evenings and a trip to the phone shop later we finally managed to un-disable it. I think much to Eldest’s disgust.

Then he took it out when he went to play football with a mate. I asked him to take it. Because it is a mobile phone and not much use sitting on my kitchen counter. Communication wise. So what happened next was of course all my fault. Namely that it fell out of his pocket during a rainbow flick. And smashed. Not beyond help. But enough to threaten cut fingers during screen swiping.

So of course now he has a better phone. Only up one level to an I phone 5 but still.

I made him give me ALL his birthday and Christmas money though. All £110 of it. And spend some of his Amazon vouchers on a proper case. So now he is broke. Until next Christmas.

Serves him right. And at least now he has a better understanding of the value of things. After all it has cost him everything.