Living in a Bubble? 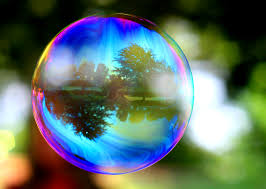 So just a day after I wrote my last post Should We Stay or Should We Go the almost unthinkable happened.

My husband told me the news at 5am on Friday morning. To begin with I clung onto those last thirty odd areas yet to declare hoping against hope that the result would change. Of course that didn’t happen. It was like watching a car crash. In slow motion.

It is now Sunday. And I am still in shock. The expected turmoil happened on Friday. And now we are in the eye of the storm, awaiting fresh turmoil tomorrow.

I don’t know what to think. I know I feel worried and angry and ashamed. Both personally and for the wider situation.

I had to turn the television off on Friday. As party leaders fell. And sterling crashed and burned my brain couldn’t really take anymore. I made cup cakes.

I sometimes think I am guilty of living in a middle class bubble. I often deliberately avoid the news. I think it is a form of self preservation. When I ponder on such enormities as global warming my mind starts to shut down. The fear I feel about what the future holds for my children and grandchildren is too much to contemplate. And yes I recycle and turn off the lights and turn down the thermostat. But I don’t march or sign petitions or campaign.

I just cannot. To admit it is to make it real. And I am coming to the conclusion I am a bit of a coward…

And so I will never be an activist. Even though I do feel passionately about things. I will do my little bit locally helping govern our school, sitting on the neighbourhood planning team, writing minutes for the Scout group, volunteering at jumble sales, baking cakes. But I won’t be marching in the capital. Setting the political world on fire. Making a real difference. I am not proud of it. But it is reality.

But then I hope to bring up three children with the sorts of values I think are important. Instill in them tolerance and altruism and the ability to try to see both sides of an argument. And maybe that will be my lasting legacy.

I read more stuff today on the EU situation. The racist incidences which seem to have been unleashed. Stories of people losing jobs or being asked to relocate. The implosion of our political parties. Graduates having job offers withdrawn. The Far Right bandwagon rolling with increased momentum. The possible splintering of Great Britain. The lies being exposed. Maybe it is hyperbole. And maybe not. In any event that fear was back. With avengence.

And again I had to stop reading.

Today we were all tired from a lovely evening out with friends. And so in the end we all watched Independence Day on the TV. Oh the irony. I found myself thinking that it could be worse. We could be being invaded by aliens.

Proper aliens. From outer space. I’d be happier if our world had been turned upside down because of that.