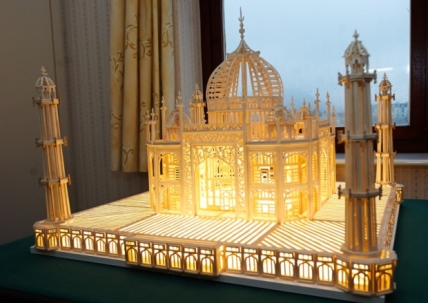 It is nearly the end of term. All my children have done end of year assessments. We have concerts and sports days left. Cricket matches and charities afternoons. Swimming galas and house rounders. The last few weeks are busy.

As such I was hoping for a let off homework wise.

Unfortunately this is homework ‘silly season’.

In the last few weeks of term Eldest has been doing ‘mini projects’. One in science, one in RE and one in Geography. I am sure the teachers love them. I imagine them on Facebook or taking down classroom displays whilst their charges get on with ‘independent’ work.

To be fair Eldest managed his Geography project quite well alone and I had little involvement. Except to correct some fundamental errors in his map reading of our local area.

The science project has involved me driving him to a mates’s house so they could recreate the solar system out of polystyrene and represent the phases of the moon with Oreo cookies. I think the mate’s dad did get involved. Eldest mentioned a man cave. And the resulting model does imply that said dad has a lot of hardware type stuff ‘lying around’. Good job they did it there. We don’t have a man cave. Or lots of bits of stuff hanging around. Thanks mate’s dad…. All Eldest needs to do now is get said stuff to school tomorrow along with his cello and games kit. Luckily my friend is driving…

The threatened RE project has yet to materialise. Eldest did mention making a model of Exeter cathedral, which we recently visited. I put my fingers in my ears and sang ‘la la la la la’. Repeatedly. And am hoping it has all just ‘gone away’. If not we will stick a bit of coloured cellophane on a shoe box and call it quits…. It could be worse it could be making the Taj Mahal out of matchsticks…

In music they are filling in the last few lessons by learning to play a contemporary song in small groups. Eldest is his group’s pianist. I and the rest of my family are slowly going mad being subjected to the opening bars of ‘Seven Years’ over and over and over and over and over and over and over again. He does not seem to be able to get beyond those opening bars. I have been roped in to help. Which seems to consist mainly of me shouting ‘B flat major chord’ at him a lot, whilst washing up. I used to like the song. Now? Not so much. ‘Once I was 46 years old, Eldest said to me, got to learn the song, now I hate it all so much’. Or something like that…

Middlest’s maths teacher decided that setting ‘making chocolate brownies’ for homework was a ‘good idea’. Some sort of guff about ratios. How spurious? They are ‘due in’ on Wednesday. Of course Middlest has also been selected for cricket matches on both Monday and Tuesday evenings and also has other commitments on those nights. So guess what we were doing at 7pm today?

I am sure the maths teacher loves ‘marking’ this homework. And feels he is being cool and hip. What he is really being is a right royal pain in the arse. I like to cook with my kids. But I would like to choose the time. And the recipe. If it is all the same to you Mr Maths teacher.

And for the avoidance of doubt I don’t want to make chocolate brownies at 7pm on a Sunday evening.

I hope all that ‘marking’ makes him sick.

One thought on “Silly Season”